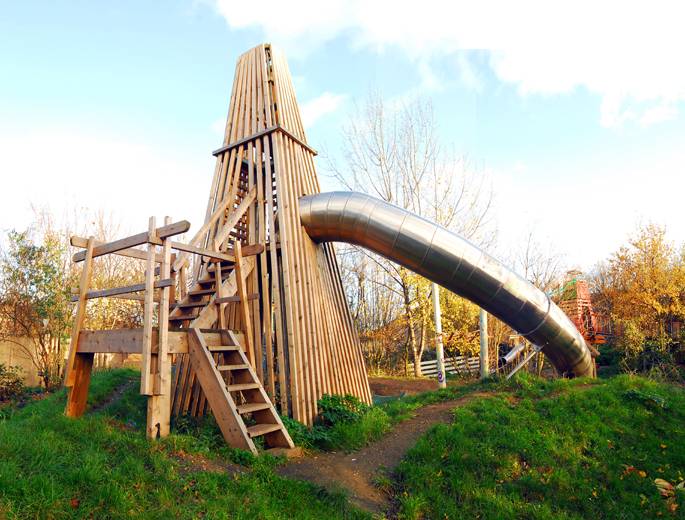 Billy Jensen, a digital media strategist, writer, and father of two, believes that people should “return to the heyday of adventure playgrounds.”

Last year, Billy introduced Epic Playgrounds, a Los Angeles-based nonprofit with a mission: To “create the absolute coolest playgrounds the world has ever seen.” Billy’s nonprofit wants to build and establish signature playgrounds that prompt imaginative, open-ended play. And they wouldn’t  just be geared for kids, either.

via Epic Playgrounds: How One Dad Is Reinventing Where America Plays | Huffington Post