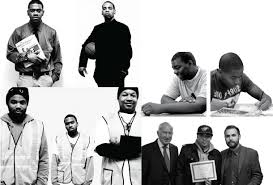 Getting Out and Staying Out, co-founded by Tony Smith of the VSA Consulting Group, works to reduce recidivism rate among men at Rikers Island, New York City. The recidivism rate significantly dropped from 60-plus percent to under 20 percent, with more than a thousand men over a span of  eight years.

Rikers Island houses nearly 12,000-plus men that are being held until they are tried and adjudicated, and some are being sentenced for a crime committed in New York City. In Getting Out and Staying Out, the staff advocates that men, when provided the opportunity guided by a smart and dedicated presence of an adult mentor, coach or teacher (men and women) can transform their lives one step at a time.

via Prisons and Social Enterprise: Getting Out and Staying Out | Tony Smith.