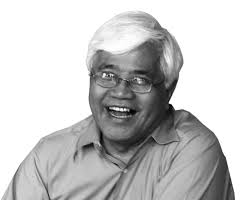 As poverty rises in the Philippines due to personal or natural catastrophes, economist Antonio Meloto wants to turn its citizens into job generators rather than job seekers – a solution he believes would help lift the nation out of poverty. Special correspondent Fred de Sam Lazaro speaks to Meloto about his efforts to encourage social entrepreneurship in rural areas.

According to Antonio Meloto, “This is a country that does not have any excuse to remain poor, and it is important for us now to raise a new generation of Filipinos who will have that kind of conviction.”