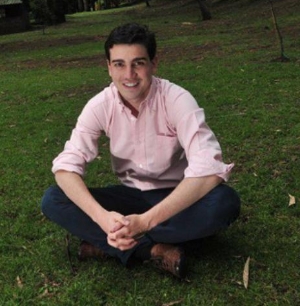 Young at 24, Juan David Aristizabal Ospina is a social entrepreneur who founded Buena Nota, a platform that accentuates social entrepreneurs and citizens in Colombia making  positive changes and raising awareness about social problems that need to be addressed.

Ospina has also been listed by Forbes as one of the top 30 under 30 year old social entrepreneurs. Tayo Rockson talks to him in an interview and gets his story out about “doing something that shakes and changes the world.”

via JUAN DAVID ARISTIZABAL OSPINA: A COLOMBIAN SOCIAL ENTREPRENEUR WITH A VISION TO CHANGE THE WORLD | Tayo Rockson